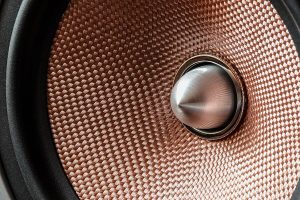 Sometimes, things go wrong. Even if you upgraded to a high-quality aftermarket stereo and amp, the smallest oversight can lead to issues.

When your stereo stops making sounds or starts making the wrong ones, it’s time for some basic troubleshooting.

Here’s what you can do to address problems with your car stereo and car stereo amp, especially common problems that may occur after a DIY installation.

Why Did My Car Stereo Suddenly Stop Working?

There are many possible reasons for why your car stereo suddenly stopped working. There could be problems internally or externally, such as a problem with the power source or wiring. A blown fuse may also be the cause.

Here are common stereo performance problems and their possible causes:

Thankfully, many of these problems can be fixed without replacing your car stereo.

Common causes of stereo problems that you might be able to fix on your own or with the help of a car stereo expert include:

How Do You Fix A Blown Fuse?

Replacing a blown fuse in your vehicle is similar to replacing one at home.

How Do You Fix Static on A Car Stereo?

If your car stereo speakers are crackling, change the channel to see if this noise disappears. If it doesn’t disappear, and you hear crackling sounds all the time, then the speakers are likely old and broken, and you should consider replacing them.

Some head units have an anti-theft security feature that prevents the stereo from working if its power source has been interrupted. This makes head units useless if stolen.

Be sure to verify that your head unit doesn’t have this feature. If it does, you can find the reset code and procedure in the owner’s manual, online, or from a car dealership.

If the stereo won’t power up, and you don’t have the anti-theft feature, then use a multimeter and a test light to test the fuses. Car stereos typically have one or two fuses, and may also have amp fuses and other component fuses. The stereo fuse should be labelled clearly and located in the main fuse box under the steering wheel or built in behind the head unit.

Use a multimeter or a test light to check for power on both sides of the fuse. If the fuse is blown, refer to the steps above to fix a blown fuse.

Remove the head unit to gain access to its wiring and check if the pigtail connector is seated correctly. When in doubt, remove it and replace it so that it sits properly.

Check for Power at the Head Unit

Use a multimeter to test the stereo’s two power wires. This will help you determine if there is broken or faulty wiring. One power wire provides power to the stereo’s memory and is always hot. While the other wire is only hot when you turn on the ignition.

Check for Ground at the Head Unit

Check that your head unit has a good ground with a visual inspection. Make sure it is connected securely and there is no presence of rust. You can also use a multimeter to check the ground between the head unit pigtail and a known good ground on the car’s body.

A poorly chosen ground is also a cause of alternator whine, a common car stereo noise. If you hear this annoying wining sound that rises and falls with engine speed, check the ground, the charging system, and the connections between the audio system components and the battery.

Your head unit has probably failed if you’ve ruled out the above issues. But to be sure, you can bench test it by connecting the power and ground leads directly to 12V positive and negative.

For more help troubleshooting your car stereo, visit the car stereo experts. From small fixes to helping you choose a new replacement, they can help you improve the sound and function of your car stereo and car stereo amps with their expertise.