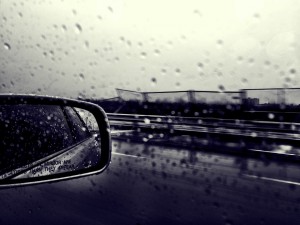 If owning a car was only about getting from A to B, there’d be no need for additional features, for different colours and styles, or any other way of personalizing your vehicle. But the truth is, your car is much more than just a means of transportation—it’s a personal statement! One popular method of personalization is car window tinting, a feature that not only gives your vehicle a classy aesthetic, but actually provides performance benefits as well.

What Is Tinting Film?

Auto tinting begins with a layer of special tinting film, which is applied to the insides of the windows. The film is made of a durable polyester laminate, which can be treated in a number of ways to create different effects. This includes light filtering; the film can be customized to filter out UV rays, reduce infrared penetration, reduce the glare of visible light, or a combination thereof. This allows you to choose a tinting film that best benefits you, whether by making your car’s windows more energy-efficient and reducing unwanted heat gain, improving road visibility in sunny conditions, or more.

How Is Auto Tinting Applied?

After you’ve chosen a tinting film that both meets your needs and follows the standards of local car window tinting regulations, you’re ready to begin the installation. While it is technically possible to install it yourself, unless you have professional experience, it is better to hand this job off to a specialist. They will begin by cleaning your windows, and then cutting the film from a sheet of stock. Some specialists will cut the film by hand, but others used automated systems. These systems have databases of the shapes and dimensions of the windows of many different car models, and can accurately cut based on a template.

The film will initially be applied to the outer window, where it will then be heat-treated so that it conforms to the curvature of the windows. During this step, any air pockets that have formed will be removed, and any excess film will be trimmed from the edges to make sure it fits the windows perfectly.

Now that the film has been installed on your windows, you now have a car that not only looks better, but has improved window functionality to boot! Based on the type of film you’ve chosen and how it’s been treated, you’ll enjoy benefits such as increased privacy, cooler interiors, and improved road visibility on sunny days. And because the film is incredibly durable, it actually improves safety too—in the event of a collision, even if the windows shatter, the film will keep the pieces together, preventing them from entering the passenger area. They are also more difficult for would-be car thieves to break into (not to mention they might deem it not worth the attempt if they can’t see what you have in your car). The benefits of car window tinting speak for themselves!